So the year of 34 things ended in August 2014. It seems that I haven’t posted anything here since October 2013 and now it’s January 2015! It was a pretty busy year – 32 flights (!), including a trip to London and Antarctica, several trips to NZ and multiple trips to Perth and Newcastle. Here’s a summary of the list of 34 things and the progress (or not) that was made.

December and January saw my fourth trip to Antarctica to wrangle Adelie penguins and this year I managed to wrangle myself a vaguely useful field assistant, who at least looked the part. Given that we’ve spent most of the last four years living in different countries/sides of a continent, it was nice to spend two months confined to a very small hut surrounded by 40,000 breeding pairs of penguins. 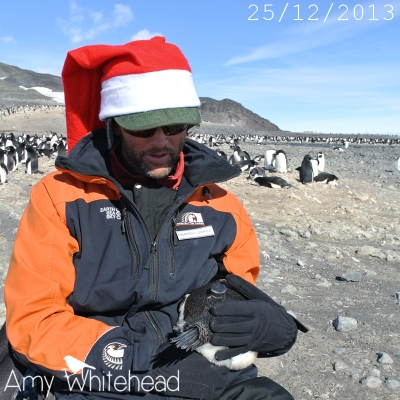 The start of the year of 34 things saw me in London for the International Congress of Ecology – a large gathering of ecologists chatting about critters and maths and all things ecological. It was a great week of ecologising, followed by a week of sightseeing around the city and the surrounds. 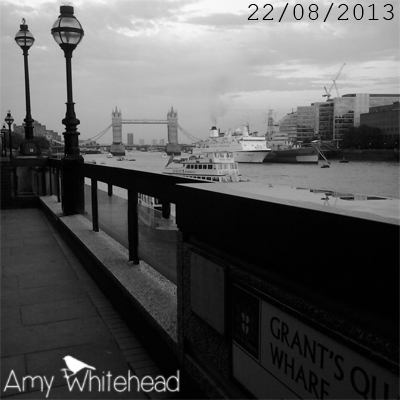 3. Take underwater photos of penguins
The grand plan was to buy a cheap camera, build an underwater case for it, precariously attach it to a pole, dangle it underwater from the shore and attempt to capture penguins swimming past. We were thwarted at the second step and a lack of time to get organised. We did however buy a cheap canon camera, hack the software and leave it set up at various sites around the colony to capture timelapse sequences. This poor camera took over 40,000 pictures and, almost a year later, we are still sorting through the images and stitching together the sequences. I’d still like to give the underwater photos a go – maybe next time (assuming I’m allowed back down).

4. Go cycle touring
I’ve had go cycle touring on the list for a few years now and it hasn’t really happened. I have done a lot of riding this year, including some weekend trips, with a group in Melbourne which has been a lot of fun. Next year…stay tuned for more details

This year I participated in the Rapha 100 – a 100km womens-only event that was run simultaneously around the world. This was only the second time that I had ridden 100km in a day and it was a beautiful (hilly) course through the countryside of Victoria.

The first geological map of Britain hangs in the foyer of the British Geological Society. 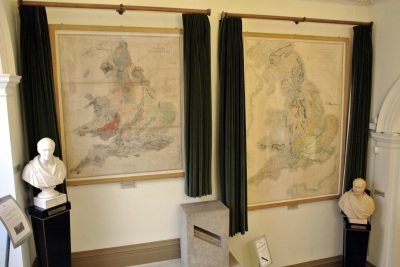 A big part of academic life is publishing your research in scientific journals. This year I published my first paper from my work at The University of Melbourne looking at how we can use information about what people value in the landscape, combined with knowledge of where plants and animals live, to improve decisions about which areas to protect for conservation.

I took a cheese making course and made the world’s most expensive block of feta. It was super tasty and pretty easy but required way more equipment than I could be bothered getting to actually repeat the exercise. But maybe some other time…

Really this involve no skill or input on my part but he is a little cutie. Shame I live on the other side of the ditch and don’t get to play with little Zac more often. 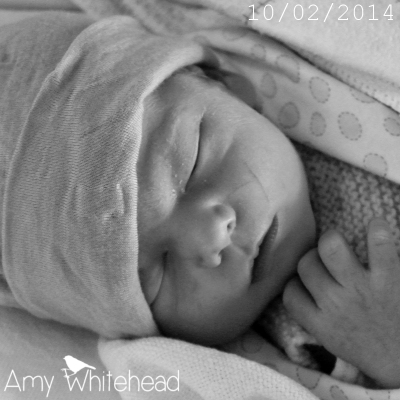 I spent a day learning how to make soap and have become slightly addicted. Needless to say I have boxes overflowing with random flavoured(?) soap, so come to me for all your soap requirements.

11. Take a proper holiday
What is this holiday word? I realised the other day that since I started my job in Melbourne in 2012, I have taken a whole two weeks of holiday (using my all annual leave the first year to go to Antarctica seemed like a good idea but wrangling penguins doesn’t equal a holiday). Somewhere along the line, life got busy and fitting holidays in just hasn’t really worked out. But we’re plotting a BIG holiday next year -can’t wait!

Being in London, it seemed like an excellent opportunity to get some culture and visit the theatre. In fact, I managed to go twice to see Wicked and something based on Queen’s music. Excellent. 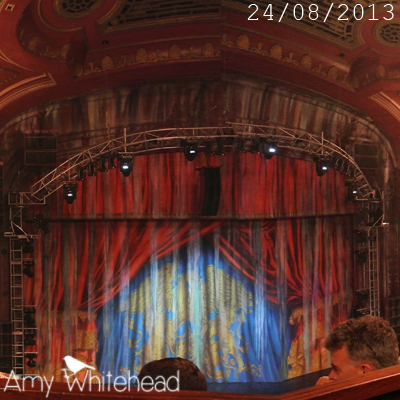 14. Ride to Fremantle for dessert
I was promised that we would go “next time” I was in Perth but I’m still waiting….

15. Go to an outdoor cinema
The problem of spending the summer in Antarctica is that you tend to miss out on summery activities, like going to outdoor cinema’s. Also I’m slack!

16. Take a photo every day of the year
I did really well for a while. In fact, I think I only missed a few days for the first six months. And then I hit the post-fieldwork blues and really struggled to remember to take a picture when I was basically going from home to work and back everyday without much else going. I really liked the idea and had a lot of fun while I was doing it but it did end up being a bit of a chore. I only got as far as posting the photos from September and October but will put up the rest sometime soon.

17. Go to the Pilbara
The usual story of my research life, I didn’t get to see the thing that I’m working on. I’d love to get up there at some point as the landscape looks stunning.

18. See a wombat in the wild
Nope. Didn’t help that I didn’t go anywhere that they might be found.

I didn’t do a whole lot of crafting this year but I did finish this scarf, made from a beautiful merino-alpaca blend that somebody gave me for christmas. I haven’t worn it a whole lot as it never seemed to get cold enough in Melbourne. 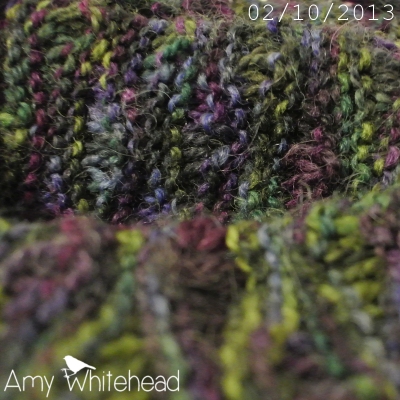 20. Learn to do metapopulation modeling

That’s what minions are for, right?! I have technically been involved in a metapopulation modelling project but, with limited time, I’ve been fortunate to have one of our Master’s graduates helping me out with the technical aspects of the modelling.

Does two posts count as a series? This year we didn’t have internet at Cape Bird (which seemed like the way it should be), so writing posts during the season didn’t end up being a priority. And it was difficult to find time when I got back. But I did write about wrangling penguins over on my research blog.

23. Fix up my new old bike
The lad managed to pick up two 1970s ladies road bikes of the side of the road for me and the plan was to strip them back, repaint them and do them up. We spent a bit of time cannibalising bits off one to make the other roadworthy but I haven’t spent enough time in the West to do anymore. Next list…. 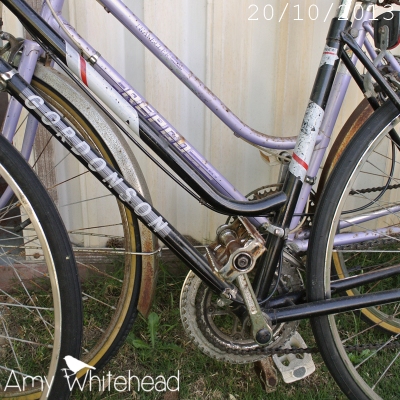 25. See a whale shark
The plan had been to take a holiday (#11) and head north to Exmouth and whale shark country over the winter. But life got in the way and we never quite made it. But the whale sharks cruise the Western Australian coast every year, so there is hope for a future list.

28. Take a mountain bike skills course
Nope – slack! But I did take my mountain bike to Perth and we have done quite a bit of riding every time I’ve been over. I’ve even got the chain ring scar on my leg to prove it!

29. Get a gym program and do it for at least two months
Well I joined the gym. That’s a start, right?!

30. Keep up Wildlife Wednesday
This is one of those terrible list items that isn’t well-defined. I mean, what does “keep up” mean? One post a week, one post a month, one post a year? Over on my research blog, I started a series of blog posts in Oct 2012 that featured a picture of some wildlife feature with a short description that detailed something about their ecology. I really enjoyed writing these posts but this year I only managed five posts, less than I would have liked.

Again, a terribly defined list item – what are the perfect pants? I have always had difficulty finding pants that fit well (my thighs are great for hill climbing, less so for this current trend of skinny jeans) but I did manage to find some jeans that I’m relatively happy with (and are made for midgets, so I don’t have to cut six inches off the bottom). So I guess that’s a win.

Following on the success of skirtember (33 things – when I wore a skirt every day in September to try and conquer my fear of skirts), I thought I’d up the anti and wear a dress everyday in October. I was surprised to discover how many dresses were in my wardrobe considering how infrequently I wear them. It was fun, I didn’t die and it may have marginally decreased my fear of dresses. having said that, they haven’t really made it into my daily rotation of clothes but they also aren’t that practical when commuting by bike. 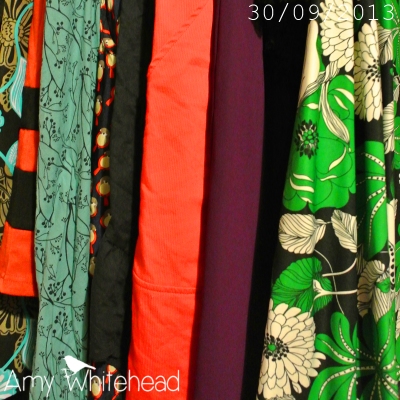 and welcome to my blog. I'm a list writer. Every year on my birthday, I write a list of things I want to do in the next 12 months. Join me on my journey to cross things off my list.